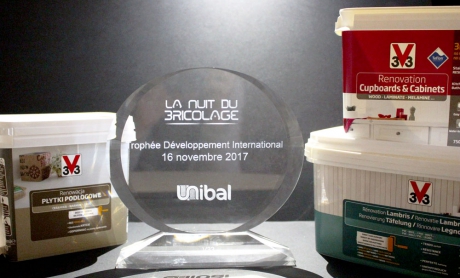 On 16 November, UNIBAL (the French National Association of DIY, Gardening and Home Improvement Industries) announced the winner of its annual award honouring the international growth initiatives of French DIY companies.

The V33 group entered the competition with its renovation range and exploration of the following issue: how to duplicate a French success story at European level and create a market totally from scratch.

The group's international success stories include:

The V33 group won this award after 3 years of work to establish its Renovation range and the successful creation of an innovative and buoyant market segment.

Congratulations to all the teams who worked on this project!